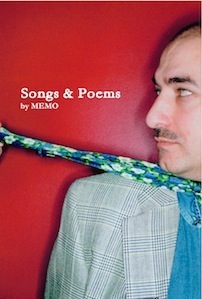 MEMO was born in Turkey but grew up in Denmark.
Maybe these “Songs & Poems” reflect that special kind of mood on it’s way to you …
MEMO’s educations: DEN DANSKE FILMSKOLE/The National Film School of Denmark: graduated from Manuscript Line. University of Odense, Denmark: graduated as B. A. (cand. art) in Literature.
MEMO has made several short films and won awards for the films and his play “The God of Europe, Ramon.” Been to lot’s of film festivals and made many things on his way in life like theater, exhibitions, music, published poems.
MEMO still loves to do different things. He is a strange fruit looking for life.